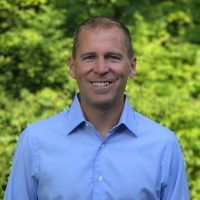 Tim O’Brien is a Principal in Cresa Indianapolis and an expert in tenant representation. As a business owner and entrepreneur, he also has a comprehensive understanding of business operations which goes far beyond real estate. Tim specializes in helping companies implement real estate strategies that align with their operational needs and goals, providing guidance and direction for integrated and creative real estate solutions.

He founded O’Brien Commercial Real Estate in 2012, and served as its President until it merged with Cresa Indianapolis in 2019. Prior to O’Brien Commercial, Tim cofounded a local boutique firm, Resource Commercial. Shortly thereafter, he was named President by his partners. He then led the firm’s successful effort to affiliate with and rebrand as Colliers International – Indiana Region, and continued to serve as President over the next 4 years.

Tim is highly regarded as one of the top brokers in Indianapolis. During his tenure at CBRE, he earned the prestigious CCIM and SIOR designations. In fact, at the time he achieved his SIOR designation in 2000, Tim was the youngest broker nationwide to have earned both designations. He later added the LEED accreditation. Tim was awarded the Broker of the Year by the local BOMA chapter in 2000, was named REALTOR of the Year by the Indiana Commercial Board of REALTORS in 2006, and was the award winner for Junior Achievement of Central Indiana’s Indy’s Best & Brightest – Real Estate, Development & Construction category in 2005.